Eastern and western medicine – can they both meet in win-win using an integrating psychophysiological platform?

Something that have disturbed me for many years is: Is eastern medicine mainly (!) focusing to support individuals to promote health and when unhealth is present via individuals´ practice try to restore health – and in western medicine helplessness is the focus for using pharmacological substances to do the job – also when it is live style related disorder?

I think we should “get off your high horse” and think about individuals´ as educated reasonable resources and coworkers in own health promotion and, when needed, in own rehab when possible – I talk about life style dysfunctions largely!

This what I have tried to work for long before my doctoral dissertation 1986 (www.uu.se) where the biopsychosocial manual gradually was developed into “patient as a reasonable resource and co-worker in own rehab” which I in my clinical work always had as “landmark” – well understanding that working based on integrated psychophysiological stress medicine facilitate while we use data as a interface for o only analysis/assessment and on of the tools in the biopsychosocial toolbox BUT ALSO as a pedagogical tool in cooperation patient and clinician!

Could be good to know when you read below which paradigm (more on Biopsychosocial Medicine | Lifestyle medicine for all – by all. Patients as educated competent reources in their own rehabilitation and more at this website, e.g. about paradigm) I use as platform!

Before going into the win-win question, I would like to be somewhat provocative to us in the western medicine tradition with some thought influencing my clinical work over the years in psychophysiological stress medicine.

“Although no consensus in definitions in scientific and clinical fields, often important work/ discoveries is done, e.g. The Watson-Crick Model of DNA (1953) https://www.mun.ca/biology/scarr/Watson-Crick_Model.html

As human health processes are extreme, “impossible” complex, we do have to extrapolate in different ways. Probably we can also discover in the light from recent work, e.g. in Quantum Biology, old ways influencing individuals´ health development as well as interventions measures. Probably more in Traditional Eastern Medicine (TEM) than in Western Medicine, while in TEM very much is focused on individuals´ health promoting behaviors. In e.g. Qui Kung is really preventive practical medicine what is main focus.

Although we do not have way to understand and measure from Quantum basics to human everyday life style behaviors, we may try to work with a priori predictions in single case designs.

I have already started, while am fighting a very complex, very handicapping, not understood dysfunction. Basically is my biopsychosocial medicine toolbox a further development from my dissertation 1986. Using carful tailoring of the tools they are expected not to have any destructive consequences. They are extrapolating from both ends of the assume process believed to be relevant for the actual level of knowledge.

Will report from my work a head, when I am quite sure anybody will be harmed if follow my way.

Now get started …  As my virtual mentor George Kelly (personal construct theory, 1955) did, I will also
-> Warning the reader; the below may not be what expected. If provoking (really not intended!) I write in a good purpose = working for a win-win way for all including patients. NB not very readable either – so far!
Especially due to bad health conditions I can not work as usual, explaining, except dyslexia, the lack of clearness below – but I do work hard for recovery ahead.

An important point of departure to express first is that the below is based on a paradigm which include evolution of human brain and related specific functioning not always considered .. see more below about Triune Brain Theory and Dual Code Theory in the Appendix.

First, I need to inform about my own clinical experiences last 35 years briefly about integrating Eastern and Western medicine approaches within the psychophysiological behavioral (stress) medicine paradigm as also some of my colleagues have done. Why? As I regard we in the west medicine lack some important parts which using eastern medicine practice integrated at clinical psychophysiological platform! In other words, to be optimal effective both for patients and clinicians we need to integrate (a) experiences developed based practice (Limbic, spatial) AND (b) scientific (rational, neocortex) developed knowledge.

Some initial elaboration of questions

1. Why is it large differences between Eastern and Western medicine? Due to different cultures during very long time ? Yes, of course but below as well as other more “targeting”  differences as in

Difference in interactions between Limbic and Neocortex?  (will be discuss more below)

Possible consequences by Chinese Symbols vs English Characters? https://www.char4u.com/content/chinese-symbols-vs-english-characters/ ..”Written English uses the Latin alphabet and is considered a Germanic language .. with mostly 26 letters … Chinese symbols, depending on the era, can number as many as 80,000. One way of thinking about the difference between English characters and Chinese symbols, is that characters appear to be simple lines and curves and the symbols look more like pictures. Also, there are fewer English characters than Chinese symbols”

2. Can imagery interact and control some biological systems? A few examples; Pendulum and “Iron Arm” is two behaviors that we can observe using biological feedback, which shows how smooth muscles are controlled by spatial processing

Imagery (Limbic, spatial behavioral processing) can perhaps not move maintains but control autonomic nervous systems dynamic behaviors as well as part of the cell metabolism, that is what we daily see in patients with different kind of stress related behavior – normally patients get happy when they see how they can do (based on learning of course, “see what you do and do what you see” is the clinical ideographic relevant slogan.

In clinical psychophysiology, we (not all within the field) explain for patient basics so they understand what they are doing. That is, the tools they are learning by doing (eastern tools, hypnosis strategies – assumed to work via Limbic systems processing – as well as some western psychological strategies – and also nutrition, movements, social strategies, in my work refining my dissertation from 1986)

A red thread in unorthodox explain applied psychophysiology is this example, use a pendulum (ring in a thread) focusing on the ring and image it moves in a ring … which it will do sooner or later – then let it move in opposite direction … then left-right … sorry no magic but smooth mussels which you will with exercising feel very clearly. Some with the iron arm, image your arm is made by straight steel. NB do not play with this with children, you may break their arms!

More is coming here (inserted before “first draft ..” below)

Frist draft 2021-05-03
(Something I have considered last 30 years when clinical work were more than much .. but also my argument were too provoking to be fruitful to present – may be so still but I will to a try an to restart up doing some actions – with the idea that “joined” clinical psychophysiological based workshops/course for/with participants from Eastern and Western medicine/psychology/physiotherapists addressing some more easy diseases/dysfunctions (as I see it based on my practice  .. I do have seen and see good examples on cooperation but perhaps more work on scientific paradigm, multifaceted methodology and working together practice would be extended ..)

So, the below is my re- beginning of the beginning based on at least 30 years internal reasoning/thinking while using psychophysiological stress/behavioral medicine while using combinations of eastern and wester medicine in a biopsychosocial toolbox further developed based on my dissertation 1986 at Uppsala University, Sweden.

Draft – ongoing work started 2021-05-06
Although Western and Eastern medicine is based on completely different starting points, it is important that we try to develop a bridge in order to develop a substantive collaboration.

The above can be viewed as arguments to work for development for a golden standard for clinical systems integrated psychophysiology as a platform for interventions (do not here discuss examinations and patient education yet) enabling real cooperation in many medical fields, especially lifestyle related.

More below which will be made more readable – ASAP
It may seem impossible but there are actually possibilities as I see it using system integrating psychophysiology as a platform where Eastern and Western medicine can meet we can, for example, use psychophysiological dynamic measurement methods To carefully investigate the effects of common Eastern medical dynamic strategies we can also develop complex methodology that has the ability to integrate this type of empirical work in order to increase our general and individual’s specific knowledge where we can therefore use, for example, Eastern medicine as intervention and Western methodology to investigate effects and one of the interventions it is the easiest way to work while, of course, we do not gain absolute knowledge either in one area or the other simply because we do not have access to absolute knowledge.

I believe that by setting up research programs that are just trying to reconcile the different methodological and scientific theoretic starting points, we can all experts and patients benefit greatly from this, one example is to use as I have done for about 30 years to educate patients in order to be able to make advanced interventions that can be followed up and a clinically scientifically acceptable way to be able to verify individual development and then work upwards. towards normative levels to see how different tools are tailored in different ways that do not complicate the science empirical study potential while really being a starting point for individual adaptation and the influence of the diagnostic hypotheses that have been developed from both starting points.

More thinking; Western medicine reductionism also is associated with verbal; neocortex information processing (sequential) and eastern medicine is in many ways (e.g. language spatial associated) and holistic (parallel/image related) non-reductionistic referring to spatial, Limbic information processing. Following Triune Theory (MacLean) and Dual Code Theory (Paivio) (See Appendix) we can get a deeper insight into differences of eastern and western medicine, asking yourself may systems integrating psychophysiology in some way find a bridge where some clinical empirical work can be a fruitful way for spatial/Limbic and verbal/rational cooperation?

Yes, it is already quite a lot of empirical work done where e.g. breathing strategies (and adjunct tools) are intervention and psychophysiological parameters are part of dependent variables – can further be based on single case design moving upwards into normative levels. There are more examples but I do think it is needed to be much work to develop a golden standard for an effective bridge beneficial for both perspectives! “The triune brain model suggests the basal ganglia was acquired first, which is thought to be in charge of our primal instincts, followed by the limbic system, which is in charge of our emotions or affective system, then the neocortex, which is thought to be responsible for rational or objective thought”.
https://www.interaction-design.org/literature/article/the-concept-of-the-triune-brain#:~:text=The%20triune%20brain%20model%20suggests,for%20rational%20or%20objective%20thought.

Dual code below which open the door for earlier more old, simplistic thinking which focused on localization (right-left brain, which may have but not very functional relevance) and not function. NB I prefer to refer to Verbal-Rational and Spatial/Limbic (where references to Triune Brain is included 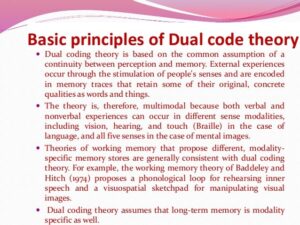 In the last part of 1900 right -left brain was very popular to refers to when considering verbal and non-verbal behaviors. That is, focus out of a localization paradigm, which not is express in terms of functioning, where Dual Code Theory is based on Spatial and Verbal coding.
See Intelligence, dual coding theory, and the brain  https://www.researchgate.net/publication/266619879_Intelligence_dual_coding_theory_and_the_brain and https://www.sciencedirect.com/topics/neuroscience/dual-coding-theory

Synopsis; The above is written based on my opinion that Western medicine lack much related to prevention as well as a evolutionary perspective on man and Eastern Medicine lack much related to detailed knowledge in many ways. But both have so much to contribute with which can be very much developed given possibilities to systems integrating both sides enabling win-win for all of us – expert or no – as well as our societies related to increased efficacy.

We need both rational reductionistic discrimination and spatial/limbic holism united and I believe integrated psychophysiology (which is actually not well known either in west or east – or?

The above inpossible? Maybe, but have we tried seriously? I think man deserves it!